Tyres in Brighton and Hove

Tyre Fitting in Brighton and Hove could not be easier. With TyreFitDirect we can supply and fit tyres to nearly all UK mainland destinations either on one of our mobile vans or at one of our depots. So if you are looking for tyre fitting in Plymouth you have just found your local online supplier. We fit tyres on almost all makes, models and derivatives of cars and vans and are available either online or on the phone.

East Sussex is a county in South East England. It is bordered by the counties of Kent to the north and east, Surrey to the North West and West Sussex to the west, and to the south by the English Channel. The county has an overall population of approximately 800,000 people. Lewes is the county town in East Sussex and Brighton, one of England’s most popular holiday resorts lies within the county. The Seven Sisters Park is part of the South Downs National Park. Beachy Head is one of the most famed local attractions, along with the flats along Normans Bay. Also, Battle Abbey, built to commemorate the Battle of Hastings; Bateman’s, home of Rudyard Kipling, and the University of Sussex buildings at Falmer are among interesting buildings. There is some light industry, but the area is mainly oriented toward tourism and resort towns that service London. William the conqueror fought the battle of Hastings which took place approximately 7 miles northwest of Hastings, close to the present-day town of Battle, East Sussex.

About Brighton and Hove

Brighton and Hove are cities in East Sussex, in South East England. At the 2011 census, it was England’s most populous seaside resort with a population of 273,400. “Brighton” is often referred to synonymously with the official “Brighton and  Hove” although many locals still consider the two to be separate towns. 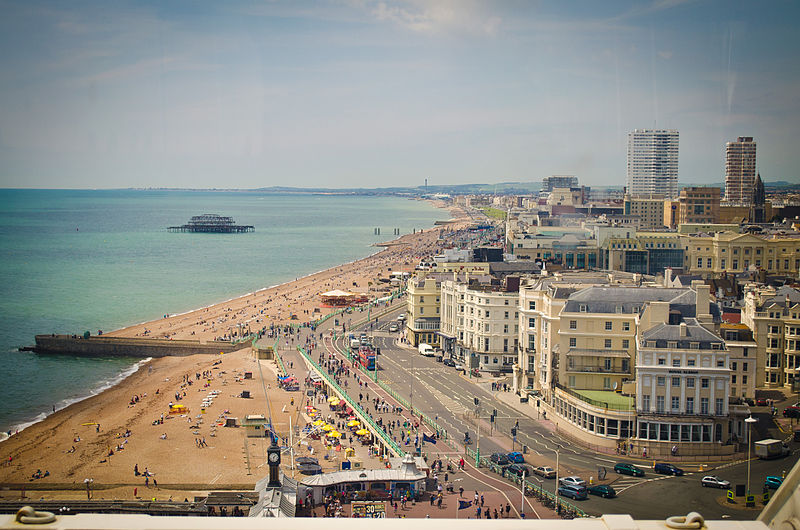 In 2012 it was revealed that the Brighton and Hove unitary authority has been permanently banned from accessing information from the Driver and Vehicle Licensing Agency. This information is normally made available to local authorities for purposes such as enforcing parking fines, but access can be withdrawn if they are found to be misusing the service. The Big Brother Watch organization, which obtained the information about the ban under a Freedom of Information request, claimed that “the public are right to be worried that their privacy is at risk across a range of government service.