Tyre Fitting in Nottingham could not be easier. With TyreFitDirect we can supply and fit tyres to nearly all UK mainland destinations either on one of our mobile vans or at one of our depots. So if you are looking for tyre fitting in Nottingham you have just found your local online supplier. We fit tyres on almost all makes, models and derivatives of cars and vans and are available either online or on the phone.

At TyreFitDirect we pride ourselves in offering some of the best deals on the web. Please peruse our site to check out some of our offers. We look forward to fitting tyres for you in Nottingham soon. TyreFitDirect, the Nottingham tyre fitting company of choice.

Nottinghamshire is a county in the East Midlands of England, bordering South Yorkshire to the north-west, Lincolnshire to the east, Leicestershire to the south, and Derbyshire to the west. The county has a population of around 1 million people which gives it the 16th highest population in England. Nottinghamshire is also home to the two time European cup winners Nottingham Forest and the oldest professional football club in Britain – Notts County. Nottinghamshire however is perhaps most famous for its involvement with the legend of Robin Hood and home to Sherwood Forrest. This is the reason for the name of Nottinghamshire’s airport which is named the Robin Hood Airport. Nottingham was also the first city to install Braille signs for blind people in its shopping centres.

Nottingham is a city in Nottinghamshire, England, 30 miles south of Sheffield and 30 miles north of Leicester. Nottingham has links to the legend of Robin Hood and to the lace-making, bicycle (notably Raleigh bikes) and tobacco industries. It was granted its city charter in 1897 as part of Queen Victoria’s Diamond Jubilee celebrations. Nottingham is a tourist destination; in 2011, visitors spent over £1.5 billion – the sixth highest amount in England. 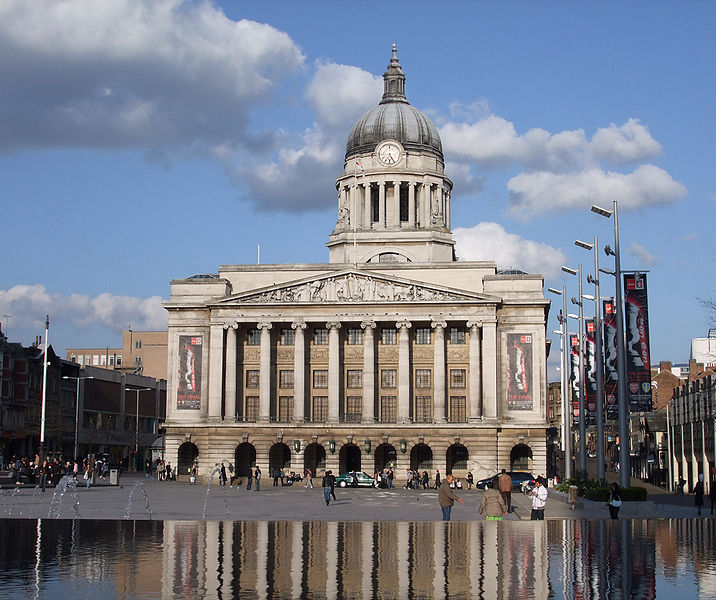 There are two large-capacity theatres, museums and art galleries, the Broadway Cinema, the Savoy Cinema and live music venues (including the Nottingham Arena and Rock City) both of which host UK and international artists. The city hosts two music festivals annually – Dot to Dot, which takes place in city centre venues over a weekend in May, and Splendour, in Wollaton Park each July.