Tyre Fitting in Plymouth could not be easier. With TyreFitDirect we can supply and fit tyres to nearly all UK mainland destinations either on one of our mobile vans or at one of our depots. So if you are looking for tyre fitting in Plymouth you have just found your local online supplier. We fit tyres on almost all makes, models and derivatives of cars and vans and are available either online or on the phone.

At TyreFitDirect we pride ourselves in offering some of the best deals on the web. Please peruse our site to check out some of our offers. We look forward to fitting tyres for you in Plymouth soon. TyreFitDirect, the Plymouth tyre fitting company of choice.

Devon is a county of England, reaching from the Bristol Channel in the north to the English Channel in the south. It is part of South West England, bounded by Cornwall to the west, Somerset to the northeast, and Dorset to the east. The City of Exeter is the county town. The county has a population of approximately 1.1 million people. The north and south coasts of Devon each have both cliffs and sandy shores, and the county’s bays contain seaside resorts, fishing towns, and ports. As well as agriculture, much of the economy of Devon is linked with tourism. The comparatively mild climate, coastline and landscape give rise to Devon as a destination for recreation and leisure in England, with visitors particularly attracted to the Dartmoor and Exmoor national parks; its coasts, including the resort towns along the south coast known collectively as the English Riviera. The largest towns in Devon are Plymouth, Exeter and Torquay. The oldest working commercial bakery in the world can be found in Plymouth. The F.H. Jacka located in Southside Street on the historic Barbican had been baking baked biscuits since the 16th century. It had actually been baking biscuits since the time of Armada in 1588.

Plymouth is a city and unitary authority area on the south coast of Devon, England, about 37 miles (60 km) south-west of Exeter, and about 190 miles (310 km) south-west of London. It is situated between the mouths of the rivers Plym to the east and Tamar to the west, where they join Plymouth Sound bay. 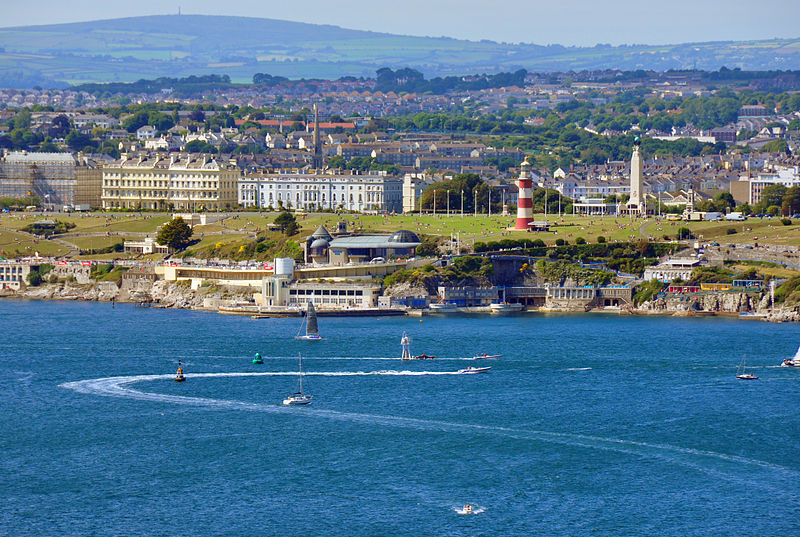 Plymouth’s early history extends to the Bronze Age, when a first settlement emerged at Mount Batten. This settlement continued as a trading post for the Roman Empire, until it was surpassed by the more prosperous village of Sutton, now called Plymouth. In 1620, the Pilgrim Fathers departed Plymouth for the New World and established Plymouth Colony – the second English settlement in what is now the United States of America. During the English Civil War the town was held by the Parliamentarians and was besieged between 1642 and 1646.